In the first half of the 18th century, the tasks of a lighthouse overseer in Czarist Russia included the logging of weather conditions: wind direction, wind speed and passing ships. 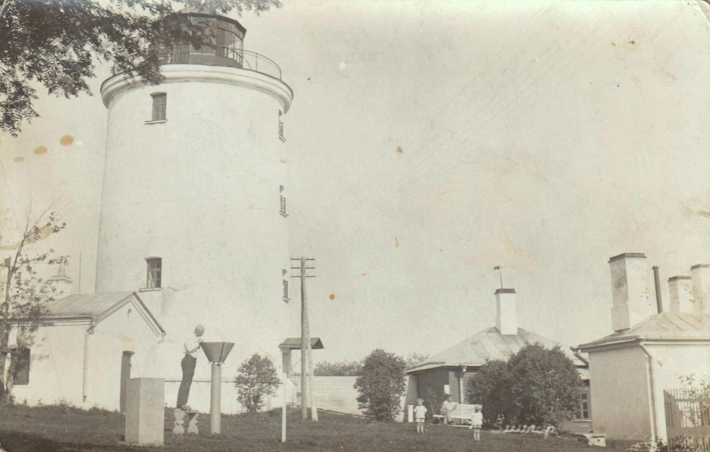 In 1865, regular meteorological observations commenced in the Suurupi lighthouse. In 1870, the stations were equipped with barometers, thermometers, water level indicators and other necessary equipment, mainly purchased from abroad. 1919. In 1919, the task of performing weather observations was assigned to lighthouse workers on a contractual basis. The weather station at the Suurupi Rear Lighthouse was destroyed in the Second World War and was later never restored. At the Front Lighthouse, observations were made until the 1950s. After the Second World War, the communication with centres and warships was carried out in the lighthouses of the Baltic Fleet using radio transmitting equipment and ciphered texts. During the ice period, information on the amount and location of ice was communicated.

Nowadays, everyone can view the webcam of the Suurupi Rear Lighthouse and current weather and surrounding activities can be monitored with the help of a weather station. The video camera has been placed at an altitude of 67 meters, giving an unprecedentedly good overview of the surroundings.

We use cookies to help provide you with the best experience we can when you use our website. By continuing to use our website, incl. staying on the landing page, you are agreeing to our use of cookies. You can at any time revoke your consent by changing the settings of your device and deleting saved cookie files. Please read our Cookie Policy.